No posts has been found. Please return to the homepage.

Progressive jackpots are some of the most popular games in the online gambling industry. You will find progressive jackpots on table games and even a few Live Casino games, but the vast majority are tied to real money slot machines.

In this guide, we’ll look at the best progressive jackpots out there right now while also highlighting the rules that make these features tick.

What are Progressive Slot Machines? 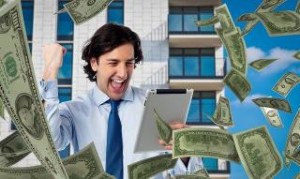 Slots work on random number generators that trigger a series of varying prizes and fixed jackpots. For instance, it might offer potential payouts of between €0.01 and €10,000—the higher the sum, the more unlikely the payout. To win these amounts, you just need to spin the reels and match the symbols. You can also collect payouts through bonus rounds.

Progressive jackpot slots are similar, but with one key difference.

Every progressive jackpot slot has an in-built jackpot that climbs with every spin. It’s like a lottery in that it offers a sum of money to a lucky winner and that sum will change depending on how many tickets were purchased (or how many spins were made, as is the case here).

When that jackpot isn’t claimed, it will just keep climbing.

For example, let’s focus on Mega Moolah, a massively popular progressive jackpot slot created by Microgaming. Mega Moolah has a seed amount of €1 million, which means that when the jackpot is claimed and resets to its starting amount, it will return to €1 million.

Every time someone spins the reels after this point, the jackpot will increase. The change is infinitesimal, but it applies to all spins across all variations of that game.

Whether you’re spinning for €0.10 on a UK Visa casino or €4 a Curacao crypto casino, you will contribute to the prize fund. In most cases, the progressive jackpot is also spread across many different games. With Playtech’s Age of the Gods, for instance, there are dozens of games that all carry the same jackpot, allowing it to grow rapidly.

How Do Progressive Slots Work?

You have a chance of winning a progressive jackpot every time that you take a spin, although it depends on the game.

There are generally 3 types of progressive jackpot slots. 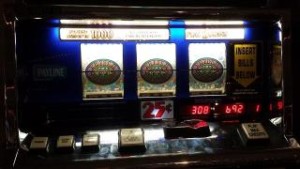 The first is the one you want to avoid as a small stakes player because it only triggers a jackpot for players who stake a minimum amount. The minimum amount is often in the region of €1 or €2, which is a lot to spend per spin if you typically stake just €0.10. With these jackpots, you simply can’t win the amount if you’re not staking the minimum.

The second type is better, but also not great. It triggers jackpots for everyone, but the payout is dependent on the amount that you stake. For instance, it might give you 10% of the jackpot for every €1 that you stake, which equates to 10% for €1, 20% for €1, and the full amount for €10 (this is just an example, and the actual stakes and amounts vary).

The final type is the best one and the one that you’ll see most often, including on Age of the Gods and Mega Moolah.

With these progressive jackpots, everyone has a chance of winning and they can win the full amount. The difference is that higher stakes have a greater chance of scooping the jackpot. If we return to the lottery analogy, it means that playing the lowest possible stake is like buying a single lottery ticket, but every time you increase that stake, you’re buying more tickets.

In that sense, you can still win with a low stake, but you’ll have a better chance the more that you wager.

Microgaming and Playtech are the biggest and best developers when it comes to progressive jackpot slots. Microgaming is often credited as being the first developer to create progressive jackpot slots with titles like Cash Splash and Major Millions. Since those early days, Playtech has taken over the industry somewhat and has launched the massive Age of the Gods series and the Kingdoms Rise series.

Here are just a few of the games and series that utilise progressive jackpots.

What is the Biggest Progressive Jackpot Slot?

In terms of seed amount and record payouts, you can't get any bigger than Mega Moolah.

How are Progressive Jackpots Triggered?

They are triggered at random and can occur on any spin. Some of them will trigger a jackpot game and this is the game that ultimately decides which of the many jackpots you claim.

How are Progressive Jackpots Paid?

Progressive jackpots are paid by the developer and not the casino. As a result, you shouldn't have any issues with withdrawal limits. That's not always the case and there have been some reports of issues in the past, but for the most part, those limits don't apply.

How Can I Increase my Chances of Winning?

Technically, you can increase your stake to be in with a greater chance of winning. However, you should never bet more than you can afford just to chase a jackpot. Instead, just play your usual game for your typical stake and consider the jackpot to be an extra bonus. If you win, great, if not, you still have the rest of the game to enjoy.

You can find progressive jackpots on most top online casinos, including the sites at the top of our bitcoin online casino list. To start playing these games, simply check out our best online casinos, make a deposit, and take a spin!