Top Just For The Win Casinos

Zodiac Bet Casino Review
4.5 rating
Up to €1,000 as a deposit bonus for New Players
Play Now

Just for the Win is a name that you will have seen a lot more of in recent years. It’s one that has grown very slowly and steadily but is now regarded as a hugely respected developer with a very impressive roster of slot machines.

What is Just for the Win?

Just for the Win is an iGaming student that’s part of the massive Microgaming brand. 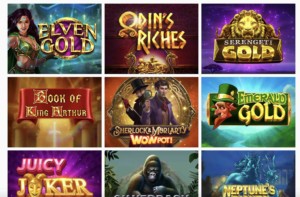 These studios create games under their own names, but you’ll usually see the Microgaming branding somewhere, as well.

It’s not too different from the Playtech-owned Quickspin. On the one hand, it’s wholly owned by Playtech, but at the same time, it creates games to its own style and based on its unique features and mechanics.

Just for the Win has yet to create a truly blockbuster title, but it’s making more of an impact with every successive release.

Just for the Win Games

Do Just for the Win Have Jackpots?

The fact that Just for the Win is a Microgaming company means that it has access to Microgaming's Mega Moolah jackpot. This jackpot is used in a few of its slots, including Juicy Joker.

What is the Best Game?

It all depends on your preferences, but we really like Western Gold.

Yes, all Just for the Win games are available on mobile. They are all instant play as well, and this applies to most platforms.

To discover the best Just for the Win slot games, simply scroll up, join one of the casinos on this page, and start playing!