Andrew Normore has been hard at work for years trying to catch his big break. The soon-to-be dad works by day at a marketing department, where he just got a promotion, and the rest of the time he devotes to his development projects and continued learning. Until not too long ago, his most successful project was “Super Chromecast Party”, a simple yet fun mini-game multiplayer Android app that got over 20,000 downloads on the Play Store.

Other projects such as “Angry Doge” didn’t find much success, but Andrew knew when to cut the cord and focus his effort onto something new and this time he seems to have struck gold with his latest personal venture, BitGamer.tv.

BitGamer.tv launched without much fanfare on February of this year. It is the first streaming service whose donation system is completely based on crypto currencies. An avid gamer for most of his life and an active member of the DogeCoin community, Andrew saw an opening in the lucrative streaming market (in the somewhat-recent wake of Google’s $1 billion acquisition of Twitch.tv) and went to work in a frenzy, managing to prototype, get feedback and launch a beta version of his service including DogeCoin support in only two weeks. One of the platform’s coolest features so far is the ability for viewers to set challenges for the streamer, into which other users can jump in to increase the prize.

As a few months passed, Andrew, still the only developer at the time, added support for Bitcoin and LiteCoin donations for streamers and BitGamer’s userbase kept growing slowly. A subreddit was created with a dedicated base of followers for whom Andrew has a strong appreciation:

“I have two loyal helpers over at /r/BitGamerDotTV who have been super helpful at manning the sub reddit.”

“The community at /r/BitGamerDotTV is actually something I consider special. I think most members are from /r/DogeCoin – but never the less it is a friendly and warm place to spend time on the Internet. Everyone is friendly. I think it is because you’re SEEING a person stream (it is possible to stream your web cam feed alongside of your game stream). Putting a human face to a /u/username is a huge step in the right direction, in terms of friendliness and courteousness. Values I hold in high esteem, and am proud to see the subreddit has naturally grown these values!”

At first view BitGamer.tv may not seem like much, but Andrew’s efforts on developing the platform have been impressive enough to catch the eye of an investor who has been involved in the area of streaming service providers since 2004 and has chosen to remain anonymous so far; they like Andrew’s idea and they want to take it to the moon.

In a whirlwind, suddenly BitGamer.tv found itself being acquired by a company with enough capital to catalyze Andrew’s vision for the future of the platform:

“I am retaining as their lead developer, and have a massive amount of input into what goes on. I’m still fairly young, part of me regrets giving up control of my idea – but believe me, there is more I will do for this planet. Elon Musk is a personal hero of mine, he didn’t do over a million until he was 34; I still have time.”

So far in his role as Lead Developer he has spent the past few weeks overseeing the upgrade to new servers and next on the list of features for BitGamer.tv is to add support for Subscriptions, although some of its members are doing fine so far without them: the current donation record in a single session so far went to the user “Akuthia”, who accumulated 550,000 DogeCoins in a sitting while playing Kerbal Space Program.

Following our interview, I’m certain that his angel investors made the right choice, BitGamer.tv will continue to add new users to its community and Andrew will go on working at full steam to improve their experience.

“One day, I want to be a multi-millionaire … To create a better world for my son (arriving this June!). The success of BitGamer is validation (to me) that I’m on the right track. Maybe not today, maybe not tomorrow, but with patience and hard work, I will meet my goals. Keep an ear out for my name.”

Interviews Uncategorized
State of Bitcoin in Hong Kong: President of the BAHK
7 years ago
527 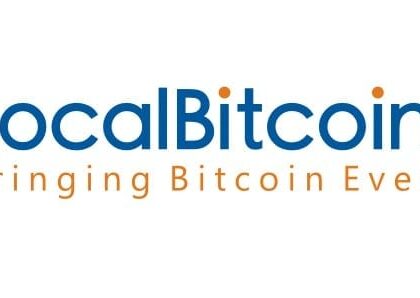