The latest alternative currency hype launch, LEOCoin, has received quite a bit of attention, following a series of outlandish claims. The dev 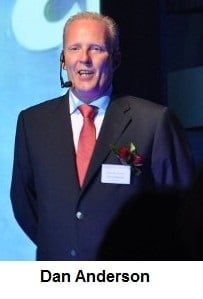 eloper team behind LEOCoin, in a recent CNBC article, claimed that several thousand merchants were willing to accept the digital currency.

“The company therefore claims it has 131,176 registered businesses ready to use LEOCoin, potentially making it the “second largest digital currency” in the world.”

Several media outlets have requested the founders of LEOCoin to provide some evidence to back up the claims made in that particular CNBC article. However, no commentary has been so far by LEOCoin representatives. As of today, nobody seems to have any idea as to who the 131,175 merchants really are. LEOCoin’s developers, Dan Anderson and Atif Kamran, have a somewhat checkered past.

In 2012, Anderson and Kamran were warned by the Securities & Exchange Commission in Pakistan (SECP), regarding a potential pyramid scheme (UNAICO Pakistan) the duo was operating in the country. According to an investigation carried out by the SECP, UNAICO was found to be running a MLM/Pyramid scheme:

The LEOCoin venture is being run in a similar fashion, as members of the LEOCoin community are compensated for soliciting merchants about LEOCoin. The developer team is planning to create a LEO-to-fiat exchange, and point-of-sales hardware terminals. According to Anderson, participants will be compensated with LEOCoin tokens for hitting certain sales targets. The LEOCoin cryptocurrency, is part of a much larger organization called Learning Enterprise Organisation, an e-learning entrepreneurship educational platform, based in Oxfordshire, United Kingdom.

The LEOcoin project seems to have started in June of 2014 in Dubai, under the name “Project X”. The Dubai launch video of Project X, smacks of the same marketing tactics that were used in the MyCoin party video. Atif Kamran was also investigated by the National Accountability Bureau (NAB) in Pakistan, according to an article by PakistanToday. According to the article, Kamran’s bank accounts were frozen, and he was placed on an Exit Control List (ECL).

A blog post dedicated to outlining LEOCoin’s compensation scheme, uses slogans such as “True success causes no harm”, “Diversity is empowering”, and “Fast is better than slow”. The site also lays a heavy emphasis on the compensation scheme, which involves recruitment into an MLM-type organization, with up-lines and downlines.