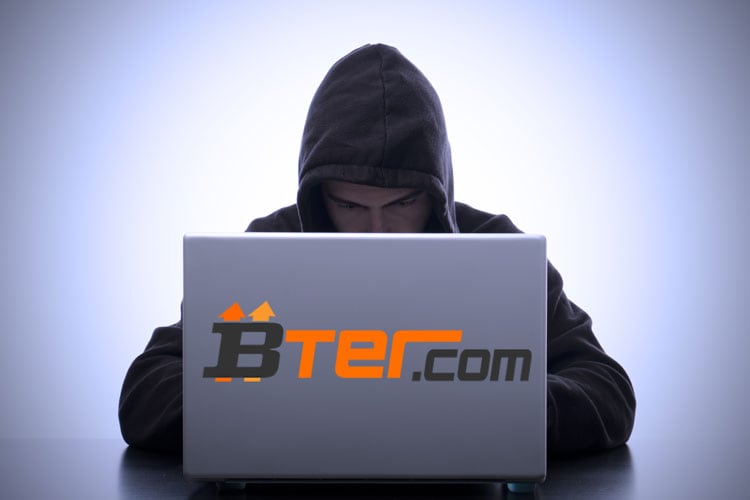 The popular China-based exchange BTER has been compromised and 7,170 bitcoin were stolen from their cold wallet storage. The website has since had the following posted on their website:

BTER has stated that they now working with local law enforcement to see if there is any possible way to bring the unknown guilty parties to justice.

The hackers moved the coins to a number of addresses in no particular order they are as follows:

Each address has about 1,000 BTC from the hacker’s first transaction. The original funds were moved to each address, except the last one which only held 170 BTC, before being dispersed farther into more addresses.

In response to the theft, BTER has offered a bounty of 720 BTC to anyone who recovers the stolen bitcoin. Below is the official response from BTER which was posted on reddit:

“7170 BTC got stolen from our cold wallet in this transaction:

720 BTC bounty for chasing it back.

All wallets have been shut down and withdrawals of unaffected coins will be arranged later.”

Sorry to all who may have been affected by this.. I know how shitty it is to have things stolen from you.. :'(

This last tx is different than the rest, for whatever reason, i’m not sure: 170BTC.”

This is not the first time the exchange has been compromised. In an earlier theft, hackers stole a whopping 50 million NXT (valued at 3,355.73 BTC or US$1.71 million at the time) in August 2014, thankfully though most of the coins were recovered and everything went back to normal.

Its too early to speculate who the guilty parties may be. However some Redditors assume it may have been an inside job if the cold wallet storage was involved.

CoinBuzz will continue bringing you updates as the story develops and update the article as required.