Bitcoin Logo Shown To 504 People, Here’s What They Said

The Digital Currency Council (DCC) performed a survey which found that Americans have varying views of the bitcoin logo.

504 people from different age groups across the United States were surveyed using the Google Insights service. The survey is the second in a series of reports about public perception of digital currency.

The majority of participants were unfamilar with the symbol, providing responses such as “I don’t know what it means”, or “no reaction” when viewing it.

Survey participants were shown this image and asked to share their feelings on it.

The survey results show that over 9% of respondents said they were “puzzled” or “confused” by the image. Approximately 7%  said they felt “nothing”. Around 5% said they associated the logo with “money” or “wealth,” while roughly 3% noted the image represented “bitcoin”. 2% of the survey participants were indifferent about the symbol and a meager 1% did not know its meaning.

The Council created a word cloud to visualize responses. It is evident that there are both people who are opposed to and in support of bitcoin. While words like “stupid”, “bad”, and “questionable” are commonly used, the survey found that respondents also used “rich”, “billionaire”, and “happy” to describe the digital currency.

The Digital Currency Council suggests that the survey serves as evidence that most Americans are still unfamiliar with Bitcoin – possibly due to ineffective efforts to increase awareness of bitcoin. The Council goes on to say that there is potential for bitcoin to be introduced to the American general public.

An infographic of the Digital Currency Council’s findings can be found below: 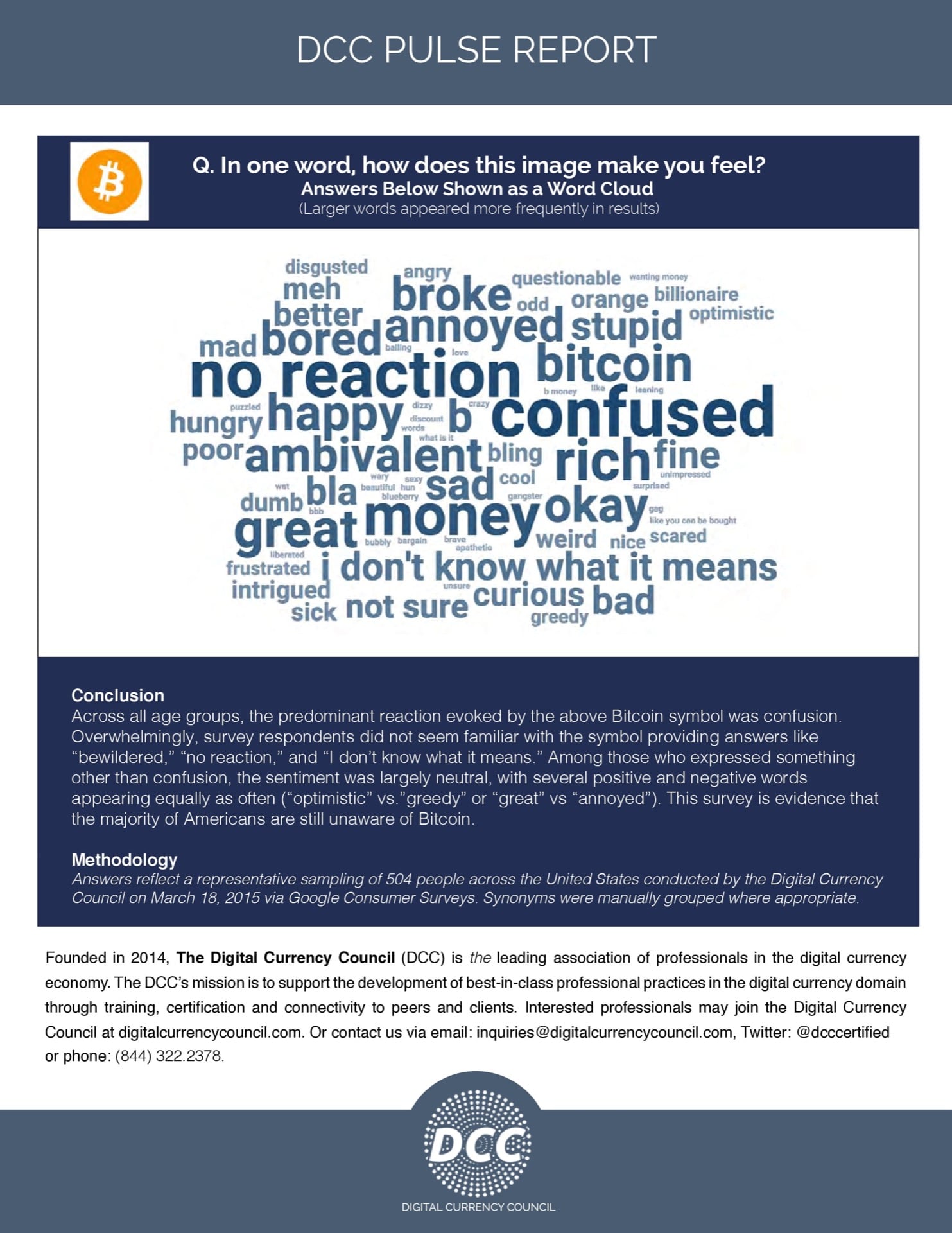 How do you feel about the existing bitcoin logo? Let us know in the comments below!