In a reddit.com/r/Bitcoin post, user jstolfi started the day off with a post titled “In a plea bargain, former DEA agent agrees to return 665,950 BTC stolen from MtGOX in 2013.” The only link in the post was to the April Fools’ Day Wikipedia entry. This used recent news to it’s advantage, further garnering initial trust in the post’s claim.

ChangeTip, a social network bitcoin tipping service, unveiled a new product for their prank aptly named ChangeTip SCAN. The product is a 199$ iPhone case that is capable of scanning paper currency to Bitcoin. Of course, a product like this could never work since it’s user still has the paper currency.

3.) “Greece Will Adopt the Bitcoin If Eurogroup Doesn’t Give Us a Deal”

According to the Greek Reporter, Greek Finance Minister Yanis Varoufakis said these words in a secret meeting with top-level finance officials. The article claimed all Greeks would use a computerized card for day to day transactions. Initially posted without a disclaimer, this article was believable enough to be posted by other cryptocurrency news sites. Greece is working on contingency plans in the case of Eurogroup negotiations failing, but it doesn’t appear Bitcoin is one of them.

In a light-hearted prank, the ShapeShift exchange added a fake altcoin as the site‘s default coin. The coin is developed by Cameron and Tyler Winklevoss, or the “Winklevii” as ShapeShift joked. ShapeShift CEO Erik Voorhees used his strong economics background to explain, “We were very excited to integrate Winklecoin because I appreciate the innovation of only being able to purchase or transfer the coin in multiples of two. This feature doubles the market price of every Winklecoin because economics.” 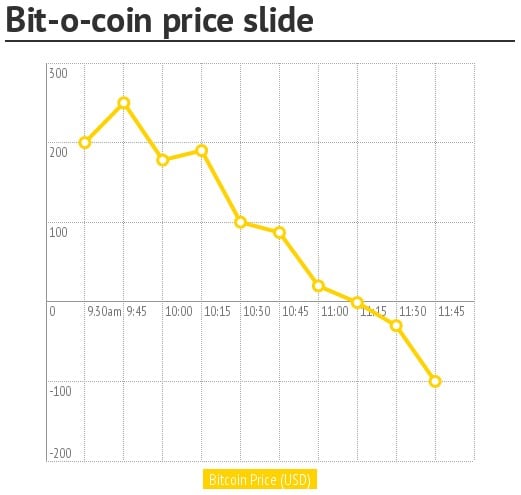 In 2014, CoinDesk reported that the Bitcoin CEO, Chinese exchanges, and Satoshi unanimously agreed to preemptively “ban China” from Bitcoin. This arrived at a time when the People’s Bank of China was attempting to make Bitcoin inaccessible to mainland Chinese citizens. The satirical article includes commentary from “CEO of the Internet Kal-El Al-Gore,” and Apple CEO Tim Cook.

Update: The April Fools’ Day Nasdaq Money Morning article was initially on this list.  Despite mentioning Gotham as a city, the article isn’t a prank.