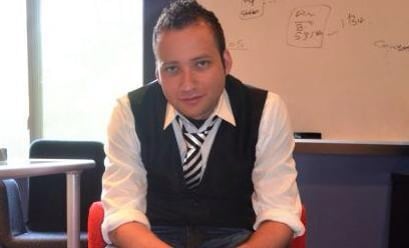 The CEO of GAW Miners (which once was a reputable company), Josh Garza, has admitted to charity fraud.

In the past, GAW Miners sold “Hashlets”, a cloud mining contract which allowed users to earn a small amount of bitcoin daily. One of these Hashlets was named the ‘Remember Hashlet’, which looked like this:

As you see, the picture of the ‘Remember Hashlet’ has 9/11 written on it. This is because it was released a few days after 9/11, and it was supposed to help people recall the September 11th event. A promise was also made about where the funds from the sales of it would go:

This statement effectively means that Josh Garza promised that GAW Miners would donate 100% of the sales money from the Remember Hashlets they sold. It also guaranteed that the only amount of Remember Hashlets ever sold would be 500. However, recent email leaks show us that this isn’t the case: a total of 2296 Remember Hashlets were sold, which adds up to around $48,000 in total sales. (DKIM Signatures)

Josh Garza then further verified this by making a post on HashTalk, a GAW Miners-run forum. However, once the sales finished, it was revealed that he had donated $10,000 to the 9/11 Foundation instead of the 9/11 Memorial Fund. No one really paid attention to it since the money was going to a good cause, but the recent email leaks that the total of the sales money was not $10,000, but $48,000.

This means that Garza did not fulfill his promise of donating the amount of the total sales of Remember Hashlets to the 9/11 Memorial Fund. Not only did he fail to do so, he also admitted it by making the following post:

This post claims that the rest of the funds that were not donated ($38,000) were donated to other charities. However, this constitutes charity fraud, and Garza is essentially admitting it; he made customers believe that the money they were paying went towards the 9/11 Memorial Fund, which never happened.

“As a Foreign war veteran of the US army, the thought of having worked with anyone capable of defrauding the 911 memorial fund makes me sick.” ~ Jonah Dorman, Former Interim CEO for GAW Miners LLC