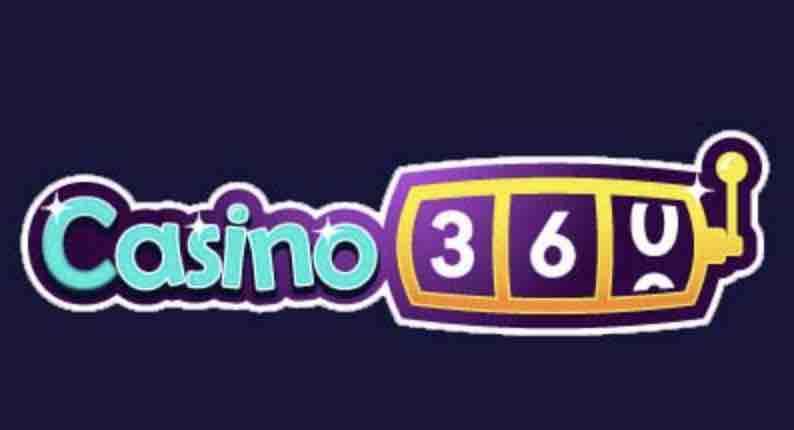 …an online casino and sportsbook that launched in 2020.

With a license from the authorities of Curacao, Casino360 is able to operate in dozens of major gambling regions around the world, including Canada, New Zealand, Russia, South Africa, and large parts of Australia (with the exception of New South Wales).

You can’t join if you are from the United Kingdom, France, Netherlands, United States, Sweden, or a few other regions. For a full list of restricted countries, take a look at the information below this Casino360 review. You’ll also find information on the site’s currencies (including Australian Dollars, Canadian Dollars, Euros, and US Dollars) and languages (including English, German, and Turkish).

As for the site’s many games, bonuses, payment options, and other essential information, you’ll find it all below. 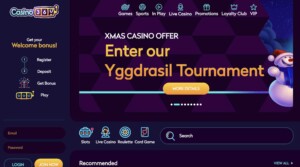 As far as we can tell, Casino360 is owned by the same team behind Casinomia Casino, a site that we gave an overall score of 4.5 out of 5 and had a lot of good things to report. In fact, at the time of writing, that site is one of the twenty highest-rated casinos we have covered, and that’s a pretty impressive achievement when you consider the sheer number of casinos and sportsbooks we have reviewed over the years.

Casino360 is also a very good-looking site, but it’s not quite as attractive as its sister site.

Firstly, whose idea was it to use a blue text on a deep purple/blue background? Much of the site’s text is written in a pinkish white and it also uses stark white text. Both of these things work really well and look great, as does the occasional use of orange text. But this is spoiled by the blue-on-blue menus and text located in the site’s footer.

The site is easy to navigate and the pages load surprisingly quick. That should be something barely worth noting, as there is no excuse for sites to be slow and laggy in this day and age. But many casinos do make that mistake and it’s incredibly frustrating.

Microgaming and Betsoft are two of the biggest providers on Casino360 and they ensure that the casino has a wealth of top games for you to play. NetEnt, Blueprint Gaming, and Yggdrasil also throw their hats into the ring and create a massive and eclectic selection.

Unlike MELbet and a few other casinos we have reviewed, Casino360 doesn’t have dozens of developers and you won’t find thousands of games, either. However, by including the biggest and best names, and cherry picking a top selection of games, it ensures there is a little something for everyone.

We’re happy with any casino that has Blueprint, Yggdrasil, NetEnt, and Betsoft games. These are our favourite developers and the fact that Casino360 has all of them makes it a winner in our eyes.

More importantly, these developers are not just there to make up the numbers.

Some of the casinos we have reviewed have included developers like Blueprint Gaming, only to have just one or two games actually created by Blueprint. It’s disappointing, to say the least. On Casino360, we counted 19 games from Blueprint and while that’s far from a complete collection, it’s more than you get with many other sites.

Many of its biggest jackpot titles have been omitted, including brilliant slots like The Goonies and Top Cat, but you’ll still see some classics and several Megaways games.

Live Casino fans will be happy to see Ezugi’s name on the list, as this top developer has created a host of great Live Casino titles, including Andar Bahar, which is hugely popular in India, and variants of Blackjack, Baccarat, and Roulette.

Casino360 has an extensive sportsbook and it’s packed with pre-game and live betting opportunities. We usually have a massive issue with some sportsbooks and find them to be very poorly designed.

It’s understandable, as they have a lot of information to cram onto a single page and it can result in something that looks incredibly messy. Maybe we’re just very picky; maybe we’re used to a very specific sportsbook and are just accustomed to it.

In any case, Casino360 doesn’t suffer from any of those issues and is very well put together. It’s easy to navigate and find what you’re looking for. In fact, it reminds us of the Mr Bit sportsbook, which we reviewed before this site and had some positive things to say. Of course, that’s not a coincidence and they probably use the same software provider, but when it works and looks this good, who cares?

After all, we tend to hate most of the proprietary sportsbooks that we come across and if more of them stuck with software like this, we wouldn’t be ranting right now!

At the bottom of the Casino360 sportsbook you’ll find an option to switch between multiple odd types. There are 5 different ones to choose from, and this is where we have another small niggling issue with the site.

If you tell a European, Australian/New Zealand or American player that a site has five different odds options and ask them to name them, they’ll probably give you a list of 3 or 4 that includes fractional odds.

After all, while fractional odds are mainly used in the UK and Ireland (two countries where Casino360 is not available) it’s also one of the oldest odds systems in the world and one that many are familiar with. The omission of fractional odds, therefore, is a little odd, especially when you consider that it includes Indonesian, Hong Kong, and Malaysian odds.

We especially like Casino360’s selection of eSports betting markets. You can place bets on a wide selection of competitive gaming events, spanning everything from League of Legends and StarCraft, which regularly make an appearance on sports books, to sport games like FIFA and NBA, which do not. 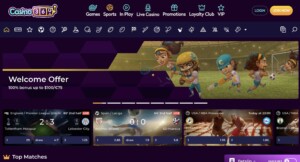 There are a few positives to discuss with regards to Casino360’s bonuses and promotions, so let’s get started.

Firstly, all new players are invited to collect a bonus of $1,080 when they first join. It might seem like an odd amount for a Welcome Bonus, but the more astute of you will have realised that $1,080 is $360 multiplied by 3.

The bonus is spread across three deposits and they each provide $360. The wagering requirements are fixed at a generous 25x and apply to both the deposit and the bonus, and most slots count 100% towards these requirements, with table games counting for just 10%.

Be sure to check the Terms and Conditions, however, as some slots are excluded from the wagering requirements, including popular titles like 88 Fortune, Blood Sucks, Break Da Bank, Good Girl Bad Girl and Wolf Hunt, to name just a few.

The Welcome Bonus only applies to the casino but if you’re here to place some sports bets, there is another bonus available and it offers up to $100.

Casino360 isn’t packed with casino bonuses and you won’t find an extensive list of Loyalty offers, Reload promotions, and more. However, there is a Loyalty Scheme and a VIP scheme, with the former available to all players and the latter targeted specifically to players who make large deposits and gamble large sums of money.

These schemes have different levels and a variety of rewards, but the idea is always the same. You’ll get points every time you play and you can turn these points into credits, rewards, and more.

Casino360 has a maximum withdrawal limit of €1,000. We feel like we had to open with that statement as there are a lot of positive points to discuss about this casino, and we had to make it clear that it’s not the perfect site.

Many modern online casinos have withdrawal limits and it’s incredibly frustrating. It is a point we have complained about many times in the past, including our review of Cadoola Casino.

Now that we’ve gotten that out of the way, let’s focus back on the positives, as there is no shortage of these.

All withdrawals are processed very quickly at Casino360, and the pending time averages at just 24 hours. In most cases, you will get your money within a few hours and this is especially true if you use cryptocurrency payment options.

Casino360 accepts Bitcoin, Litecoin, Ethereum, Skrill, Neteller, and ecoPayz. These payment methods are processed free of charge and without hassle, although you may be asked to submit verification documents if you make a large withdrawal. These documents include a photographic ID, utility bill (proof of address) and a copy of your payment method, and if you submit them on time, it should be processed quickly. 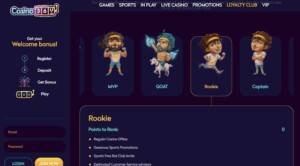 Casino360 has Live Chat available around the clock, but it’s only offered to registered users. It’s a bit of a disappointment, but it’s not that unusual and it’s not that much of an issue.

After all, we’re not dealing with a retail site here and people are not contacting them to query about products and availability. Still, there will be those who need a little info about promotions, games, and payment options and for them, the lack of Live Chat will be frustrating.

That doesn’t mean you can’t contact them at all, it just means you need to rely on emails.

Another issue that we have with regards to the customer support side of things is that Casino360 doesn’t respond to reviews, good or bad. We feel like we make this comment in most of the reviews that we write, but it’s always worth repeating…

Prospective players read reviews. They want to know that they are dealing with a secure, fair, and friendly online casino and because many casinos use the same software and payment platforms, they look for the little things. If one site ignores all of its reviewers and another thanks them for positive reviews and tries to appease them when they leave negative reviews, players will always choose the latter.

It might not make much of a difference to all players, but it makes a massive difference to some of them. It only takes a few minutes to respond to reviews, so there’s no excuse not to!

Take a look at our Syndicate online casino review for a site that does make the effort to respond.

Speaking of Casino360 reviews, most of them are positive (still no excuse to ignore them!) and players clearly have a lot of good things to say about it. They praise its bonuses and the speed of its withdrawals, although we imagine that the negative reviews will increase over time as is often the case with casinos that have low withdrawal limits.

Casino360 is one of the better Bitcoin online casinos we have reviewed in recent years. It doesn’t quite tick all boxes and there are a few frustrating issues, including the addition of a withdrawal limit, but there is still a lot to like here.

We compared Casino360 to its highly-rated sister site at the outset of this review, and now that we’ve made it to the end, we’re happy to say that it’s on par with that sister site. It falls short in a few areas, but on the whole, it’s not that far off and still makes it as one of our 30 highest-rated casinos.

If you’re looking for a new site to join, one with a decent bonus, some solid games, a variety of payment methods, and some very fast withdrawals, sign up for an account at Casino360.

It’s great for small stake players and even those depositing several hundred Euros at a time. But if you’re a high roller seeking a place with no limits and massive VIP rewards, you’ll be better off taking your money elsewhere.