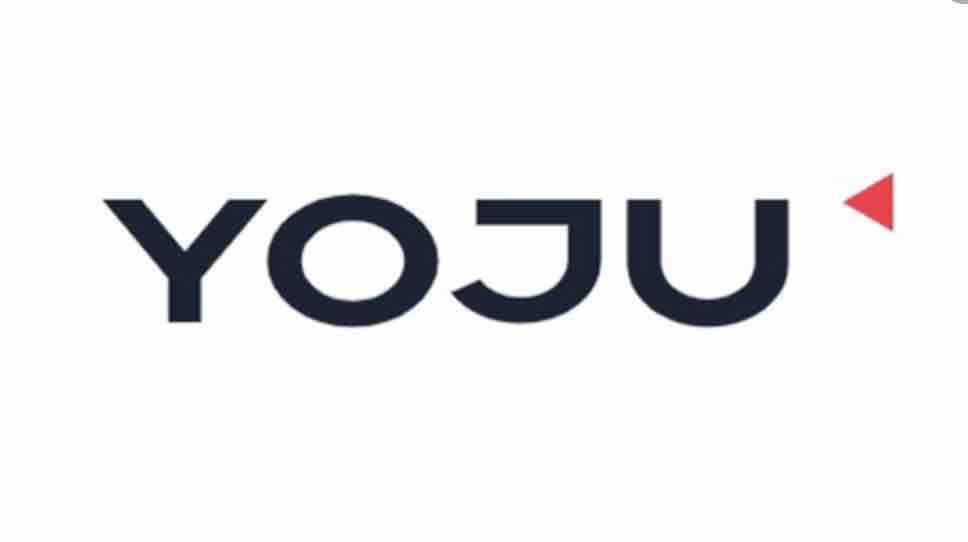 The Curacao-licensed YOJU Casino launched in 2020. I feel like I’ve said those exact words hundreds of times on these site, and that year has cropped up more than any other. It’s no wonder when you consider how crazy it was and how much time we all spent online during those unprecedented 10 to 11 months.

It’s not just about the lockdown, either. Sure, many sites were established to cater for this massive rise in player numbers, but we also saw cryptocurrencies rise in value, popularity, and reputation. More players used them, more sites accepted them, and as a result, the online gambling industry got the shot in the arm that it so desperately needed.

The question is, with so many other cryptocurrency casinos out there right now, how does YOJU Casino stack up? Is this just a worthless fringe site that shouldn’t even be mentioned in the same breath as the likes of Slots Palace, or is it deserving of a top rating on our all-time Bitcoin casino list?

I first encountered YOJU Casino a few months before I sat down to write this review. At the time, the site was very slow and sluggish and, as a result, it was a pain to play.

At the time, the site was very slow and sluggish…

It’s easy to dismiss this sluggishness and I’m sure many inexperienced casino operators do just that, believing that, “Most players will be fine with a delay of a few seconds, I’m sure”. But this is not 1998 and no one is happy with web pages that won’t load quickly and games that are riddled with lag.

There were a few other issues at the time (discussed in this review) and combined, the site just wasn’t up to expectations. We try not to waste our time on reviews for sites we don’t recommend, and so it was dismissed, pushed down the list of priorities, and then left for another date.

Several months later, and here we are. I’m happy to say that those issues have been fixed. The site is very quick and smooth and the laggy games have been fixed as well. It operates like a 2021 casino actually should.

Like many sites regulated in Curacao, YOJU Casino predominantly targets players in Canada, New Zealand, and in parts of Northern Europe. It actually has a few filters in its games room that lets you search by the most popular games in a few different regions, including Australia and Japan.

YOJU Casino accepts a wide variety of games and there is a great selection of software developers among these. Some of the biggest names here include Playtech, Pragmatic Play, Habanero, Yggdrasil, Wazdan, Betsoft, and Blueprint, a great roster that produces an eclectic range of titles.

I would have liked to see more of an emphasis on Playtech and less on the likes of Amatic, as there seems to be a very limited selection of the former and a huge number from the latter. It’s not that I have an issue with Amatic, just that I would rather have seen the likes of Age of the Gods, Kingdoms Rise, Jack Hammer, and other top titles.

In fact, for a developer that lists Blueprint and Playtech among its many developers, YOJU Casino has a very disappointing selection of jackpot games. Most of the jackpot games at provided by Playson and Belatra, which seems like a missed trick.

There are also no video poker games. These are not the most popular games in the world and if you’re going to skip any game type this is probably a good one to choose. But as it happens, I’m a big poker fan and have been on a Deuces Wild kick lately, so I immediately ran a search for it and was very disappointed to realize it was absent.

The YOJU Casino Welcome Package, like the rest of this casino, is great for everyone except high rollers, which includes me, so I’m not complaining! It offers up to $500 and a huge 340 Free Spins across 4 deposits.

The bonus is structured in a somewhat unique and odd way. Usually, when you see big matched deposit bonuses like this, the best offers will be the first and final ones and some of the biggest caps come from the 2nd or 3rd ones. That way, you’re encouraged to make a first deposit, but also to keep depositing until the end.

With the YOJU Casino Welcome Offer, you basically get the best part of the bonus with your first deposit. In fact, the final one doesn’t even offer you cash, and just adds 120 Free Spins to your account. That’s still a lot, don’t get me wrong, but I feel that it would have been better to spread these spins more and throw some higher cash amounts at the final deposit bonus.

YOJU Casino has a bunch of other bonuses available as well, so you have plenty of option at your disposal even after you have burned your way through the Welcome Bonus. These change all of the time, but at the time of writing the offers include reload promotions, Free Spins, and more.

YOJU Casino accepts a multitude of payment methods, including some of the biggest and best options in the world. The accepted cryptocurrencies include Bitcoin, which is processed through the fast, secure, and widely-used CoinsPaid platform.

Skrill, Neteller, Neosurf, Siru, and Sticpay are also accepted and most methods have a minimum deposit of just $10 and a minimum withdrawal of $20. If you’re in Canada, you can also use Interac, which is one of the most popular methods in that country.

Withdrawals take fewer than 24 hours to process. In fact, it seems that most are processed in just an hour or two if the transaction is initiated during business hours. Verifications may take a little longer and seem to be one of YOJU Casino’s downfalls, but for the majority of players, these will be dealt with quickly.

All of that sounds pretty promising, but there are is one major issue regarding YOJU Casino’s payment methods: its withdrawal limit.

The payments page notes there is a limit of $4,000 per transaction and the Terms and Conditions quotes a limit of $15,000 per month.

That’s a lot of money in anyone’s book, but if you’re a high roller depositing $5,000+ at a time, that becomes problematic very quickly.

Consider this, there is a large group of players out there who won’t think twice about depositing upwards of $5,000 at a time. If you typically deposit just $50 or so, think back to how many times you’ve made a deposit like that, had a successful day or weekend, and then withdrawn $500 or so, a profit of 10x.

It’s common, and anyone who has gambled for more than a few years has had at least 1 episode like this. That $500 win can be withdrawn without issue, but if you’re gambling with $5,000, you now have $50,000 in your account and it will take over 3 months to get your money.

As regular readers will know, we like to see what players are saying about the casinos that we review here at Coinbuzz. Of course, the only real way to understand a site and to ensure there is no bias is to take a closer look yourself, but if you know which reviews to focus on and which ones to dismiss, user reviews are very helpful.

YOJU Casino is a great example of that. On one of the web’s biggest user-review sites, it currently has just two reviews and both of them are ranked 1/10. That’s terrible on the surface, but it’s also proof that gambling reviews can be misleading.

For instance, let’s compare those reviews to the reviews of a brand-new casino that I recently checked and then dismissed. I’ll call it Casino X, as I don’t want to point fingers.

Casino X got my attention because it had 5x 10-star reviews just 3 weeks after launching. It was a good-looking site and seemed to be doing everything right. But when I looked closer at those reviews, I found that all were published on the same day (probably the same hour) and all were from people who had never written reviews before. In fact, I’m pretty sure they were written by the same person.

Now let’s compare that to YOJU Casino. There are no fake reviews here, and while both are genuine, they are also harmless. One of them complains about slow withdrawals, which is never good, but if you combine this review with the reply from the casino, it becomes clear that the withdrawal was processed the following morning.

I know that most casinos process payments instantly, but if you request a withdraw on Monday night and it’s processed Tuesday morning, is it really worthy of a 1-star review?

The other review complains about the site being slow and sluggish, which was admittedly a big issue, but has since been fixed. It also complains about a slow verification process, but these things happen from time to time.

Most importantly, both reviews received honest and helpful replies from the casino. Furthermore, they were combined with many positive ratings from players who didn’t take the time to write a review.

Now you see why YOJU Casino made it onto our list and Casino X was rejected.

Is YOJU Casino Available in the UK?

You cannot join YOJU Casino from the UK. You can access the site, which isn’t usually the case, but you won’t be able to do much with that access.

Can I Join YOJU Casino from the US?

YOJU Casino, like most legitimate online casinos based outside the United States, is not available to players in the US.

What is the Best Way to Contact YOJU Casino?

For the fastest response, use the Live Chat feature, which is linked at the bottom left of the website (in the sidebar) at all times.

How Long Does Verification Take?

YOJU Casino is not one of those sites that will process your documents instantly. In the best-case scenario, you’re probably looking at a few days. However, this may extend to a couple of weeks in particularly slow instances.

YOJU Casino doesn’t accept deposits via PayPal. However, you can use Skrill and Neteller, which are very similar.

Is There a VIP Program?

As far as we can tell, there isn't much in the way of a Loyalty Program, although you will benefit from lots of repeat bonuses and rewards. If you want to join one of the best Loyalty Programs, take a look at Kingdom Casino.

YOJU Casino is not without its problems. It can be a little slow when it comes to withdrawals and the withdrawal limit is far too low. But the same could be said for a huge number of online casinos featured here at Coinbuzz, including the highly-ranked Cadoola Casino.

However, with such a wide variety of games, some decent bonuses, and a good layout, it’s a solid effort all-round and one that will appeal to the majority of small stakes players. If you typically gamble in the hundreds or even thousands of dollars, this is probably not the site for you.

Instead, you should take your money over to a site like Cloudbet, where you are not limited with regards to the amount of money that you deposit or withdraw. If you are a small stakes player, or even if you’re somewhere in the middle, YOJU Casino is definitely a site that you should check out.