Playamo Casino is an established casino run by a respectable brand. It launched in 2016 and is currently operated by DAMA N.V., the same creator behind popular casinos like Slotum. It has a license from the authorities of Curacao and offers its services to players in a host of countries around the world, including Australia, Canada, Russia, and many Northern European nations.

Playamo Casino is an established casino run by a respectable brand.

In fact, only a handful of regions are restricted, including the United Kingdom and Sweden, which often find themselves on lists of restricted nations.

In this Playamo Casino review, we’ll take a closer look at the site and discuss its features, bonuses, payment options, and more. We’ll highlight the pros and cons and tell you whether this casino is right for you or not. 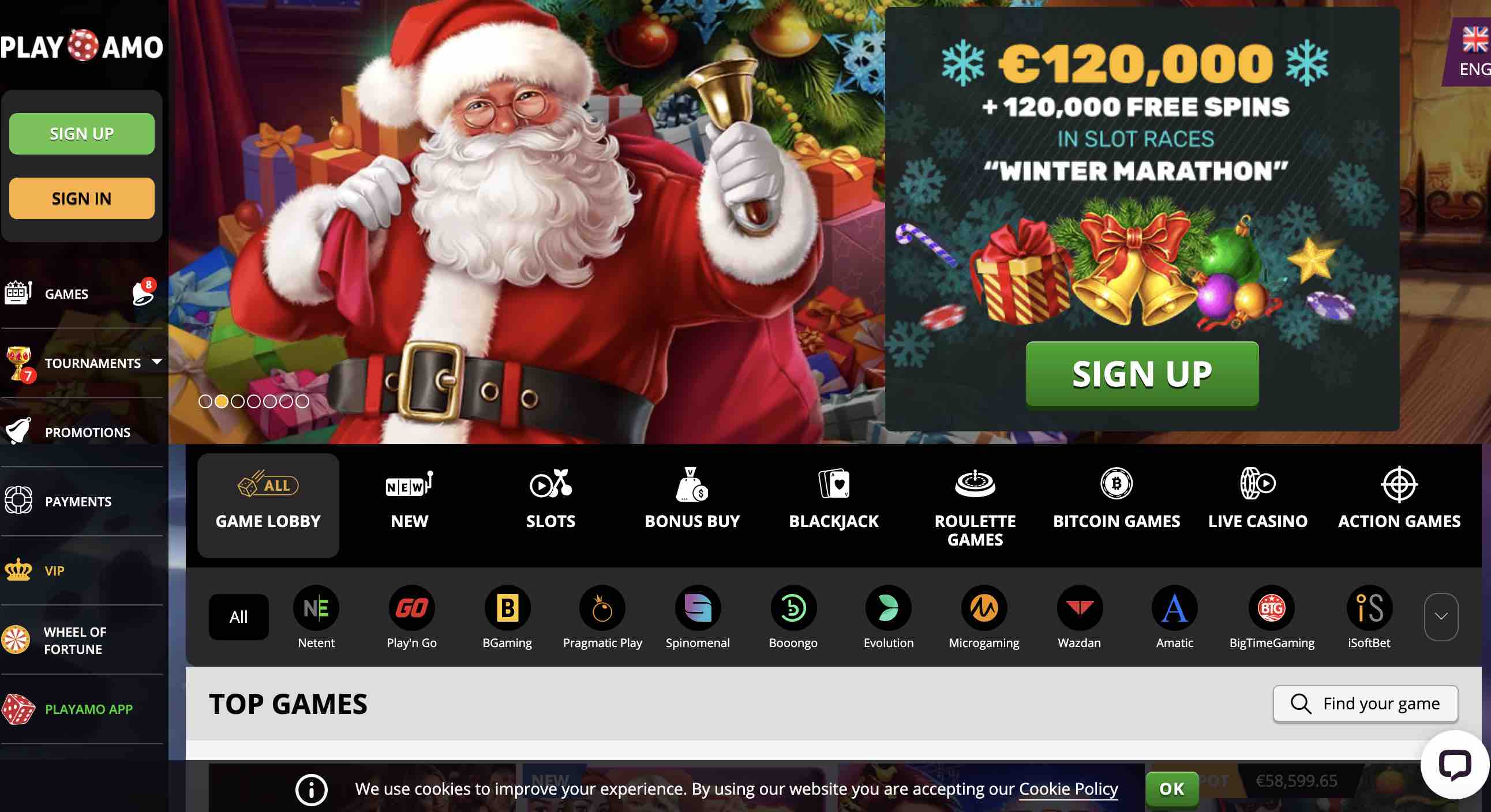 Playamo Casino works with a wide variety of software providers. It’s not quite on par with the massive games rooms of BetandYou and similar casinos, but it still has plenty of titles for you to choose from. Some of the biggest names included here are

Playamo Casino has a good selection of bonuses. More importantly, it does something that never fails to impress us but something that many casinos don’t do: It offers a high roller bonus.

This gives players of all stake levels something to play toward and ensures that no one is left out.

The main Welcome Bonus is fairly limited, but you’ll still get up to €300 and 150 Free Spins spread across your first two deposits. There are also stacks of additional Reload bonuses and Free Spin bonuses to collect.

Unlike top sites like Kingdom Casino, Playamo Casino doesn’t have a Loyalty Program, but there are still additional bonuses and promotions to get excited about. More importantly, there are stacks of real money tournaments running throughout the year.

These tournaments give you an incentive to play the latest and greatest slot machines, swapping plays and wins for points, which you can then turn into prizes. Pay attention to the Tournaments section to learn about the latest tournaments. 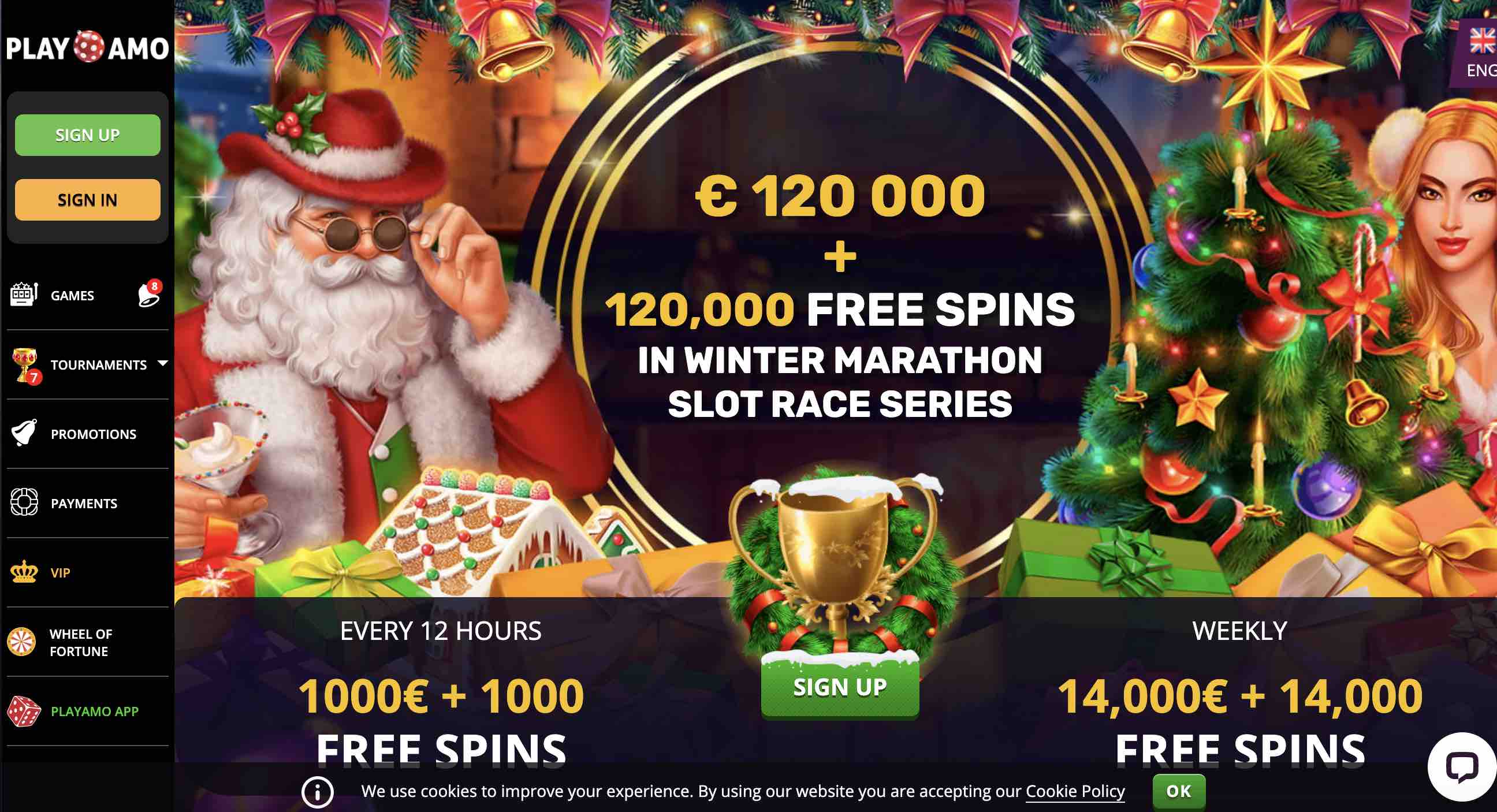 Playamo Casino accepts cryptocurrency payments using CoinPaid, a service built for the crypto age and one that facilitates the safe and fast transfer of currencies like Bitcoin, Dogecoin, Ethereum, and Litecoin. It also accepts a variety of traditional payment methods, including Skrill, Neteller, Visa, Mastercard, PaysafeCard, and more.

You can choose from a variety of different currencies, including Australian Dollars, Canadian Dollars, Euros, and several cryptocurrencies (BTC, ETH, DOGE). There are no fees to worry about and most withdrawals are processed quickly, following a pending period of just a few hours.

As far as the limits are concerned, these are a little strange.

The minimum deposit limit is fixed at $10 or €20. Usually it’s the other way around, as Euros have a higher value than dollars, so we’re not sure why this discrepancy exists. It will annoy a few small stake European players, but the majority will be used to depositing more than this anyway.

The maximum deposit limits range from around €4.000 to €6.000 and are dependent on the method chosen. But this only applies to traditional currencies as the site states that there are no limits for crypto deposits.

As far as the withdrawals are concerned, you are limited to a maximum of between €500 and €4.000 for traditional methods and 2 BTC for Bitcoins. However, we have seen these claims before, including on sites like Cadoola Casino, and more often than not, you’ll find that the actual limits are much lower.

In the Terms and Conditions, for example, Playamo Casino states that players are limited to no more than €4.000 (or the equivalent) per day and €50.000 per month. It’s still a lot of money, but it’s a problem for high rollers who typically drop upwards of €10.000 at a time.

At the time of writing, Playamo Casino is over 4 years old, which makes it older than the majority of online casinos that we have reviewed here at Coinbuzz.

You might wonder why we left it so long to review this site, especially when you consider that we have reviewed many of its sister sites, including the likes of GetSlots Casino. The truth is, Playamo Casino was always on our list; it was always waiting to be reviewed, we just had a few doubts and so we wanted to run more tests.

The reason you won’t see many negative reviews on Coinbuzz, is because we prefer to highlight the good and ignore the bad. If we feel like a casino isn’t deserving of anything more than a 2/5, it won’t be reviewed. There are exceptions, such as when we want to warn players, criticise a popular site, or follow through with a reader request, but for the most part, we only focus on the good sites.

The problem with Playamo Casino is that many users have complained about a relatively uncommon issue: slow deposits. It’s normal to see complaints about bonuses not working, withdrawal speeds being too slow, and customer support staff being unhelpful, but slow deposits are an issue we don’t encounter very often.

We took our time because we wanted to speak to some former players and run some tests of our own, but while we can confirm that other players have definitely had deposit issues, it seems that these delayed the deposit for just an hour or two. What’s more, we weren’t able to replicate these ourselves.

As far as we can gather, the deposit issues are limited to certain instant transfer payment options and shouldn’t be an issue with e-wallets and cryptocurrencies. They are also very isolated issues and even if you’re using a seemingly problematic method, you may not experience this issue yourself. 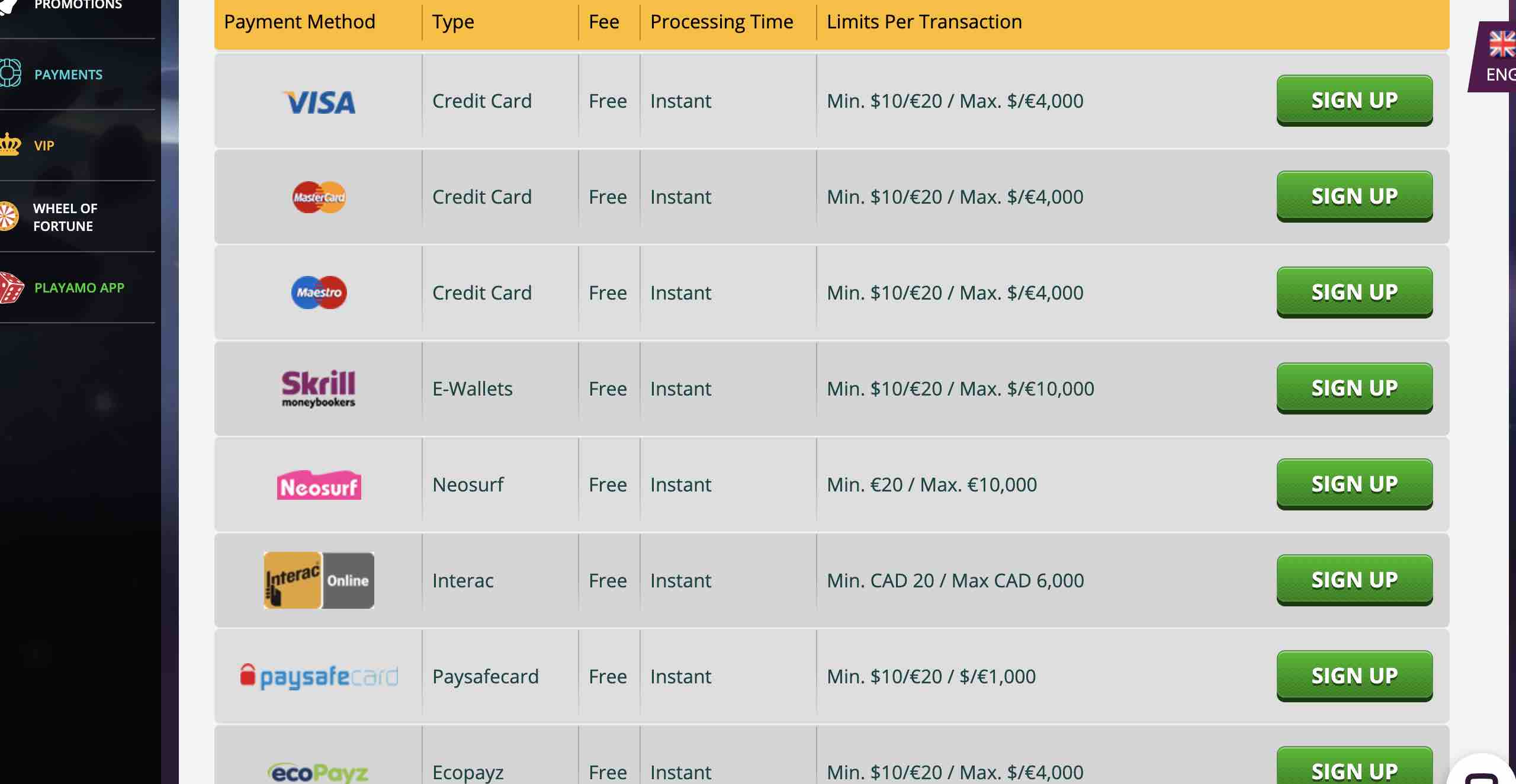 As noted already, many of the negative Playamo Casino reviews relate to the payment options. Some of these complain about the deposit issue that we highlighted above; others are frustrated with the withdrawal limit.

We weren’t able to replicate the deposit issue but we can definitely sympathise with the withdrawal limit frustrations.

Another issue of note is the fact that Playamo Casino doesn’t respond to reviews. This is something that we always like to see and yet it’s something that so many casinos overlook. It takes a few minutes to respond to a user review and yet it makes a world of difference.

Not only will that player be happy that their issue has been dealt with or their praise has been met with gratitude, but it also looks good to prospective players.

One of the first things we do before investing in a new company, be it a retail site or an online casino, is to check whether they deal with negative reviews. After all, nothing is more frustrating than a company that won’t listen to your complaints, and so the easiest way to get a response is to go through the process of leaving complaints and negative reviews.

The first-line customer support team is usually hopeless and unable to do anything but cite Terms and Conditions, but the team tasked with responding to reviews often has more power and can find a solution. If that team and that process doesn’t exist, it means you lose that option. 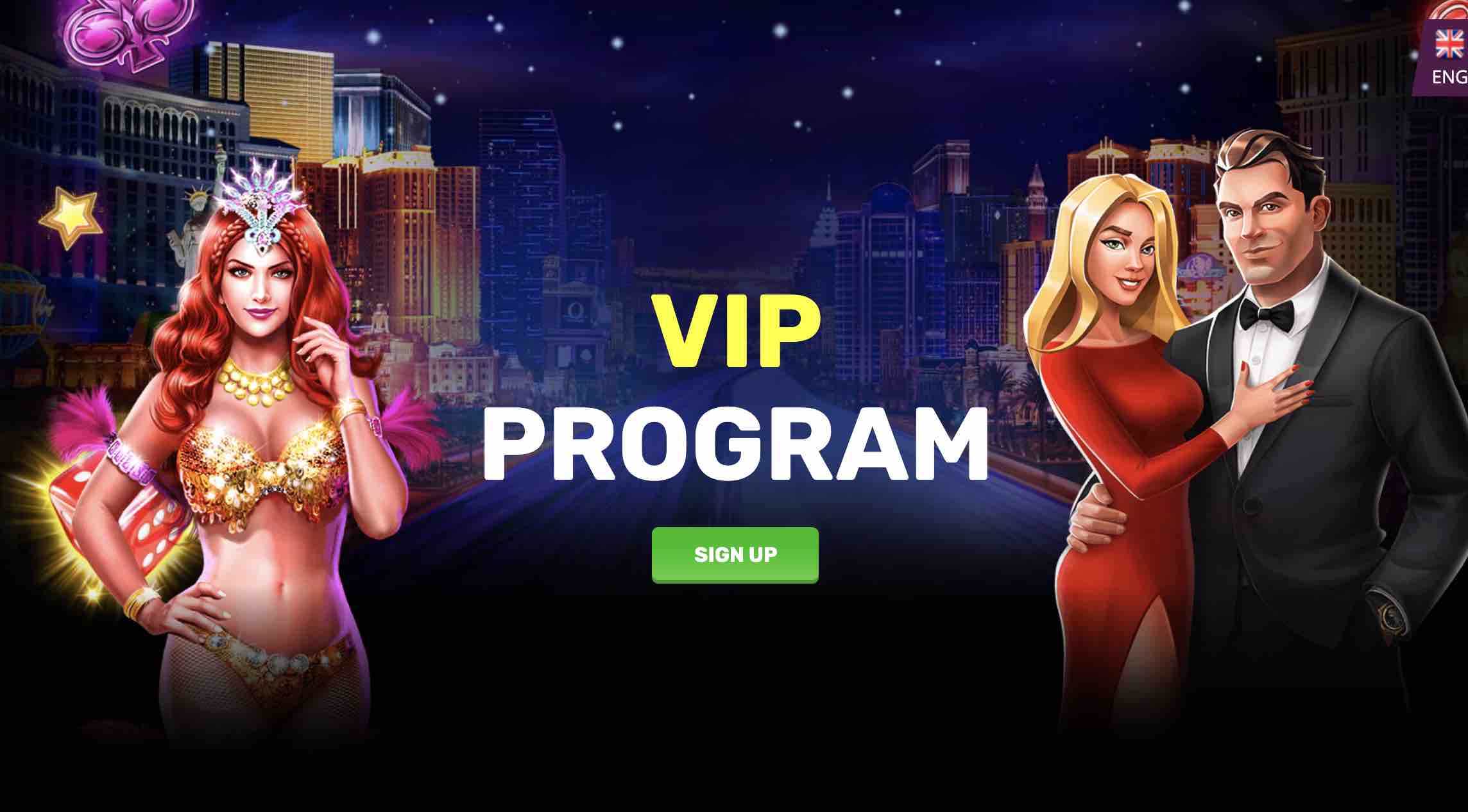 It also shows that the site is actually listening and cares about its reputation. Take a look at sites like Syndicate Casino to read more and see how things should be done in this department.

It should also be noted that while Playamo Casino has a relatively low overall review score on many user review sites, this is not as much of a concern as you might think.

Firstly, it doesn’t request reviews on sites like Trustpilot and it also doesn’t promote its account. When this happens, you tend to find that the only people who leave reviews are the ones who have something negative to say. They are the players who want to vent, as they feel like they can get back at the site that way. And so, you’ll find complaints about losing streaks and other such issues.

These reviews also tend to reduce the overall scores of casinos that have been active for a long time. In Playamo Casino’s case, its overall score has also been reduced by complaints of withdrawal limits and the aforementioned deposit issue.

It’s not a major concern and it’s not something we would pay much attention to.

Are There Any Similar Sites?

Of course! We have reviewed hundreds of them over the years. If you're looking for a similar site, take a peek at our review of APlay Casino, which covers some similar themes.

How Old is Playamo?

Where is Playamo Available?

Playamo is available in all countries not shown in our "Restricted Countries list".

Where Can I Find More Information?

We have included everything relevant in this review but you can find more information below.

What is the Transaction Limit?

Playamo limits all players to transactions of no more than €4,000 a day, which should be enough to cover most players.

We feel a little guilty for leaving our Playamo Casino review so long. We have actually encountered this casino many times over the years and it’s always been on our list. Of course, we had our reasons to be concerned, but in the end, those reasons didn’t among to anything.

Overall, Playamo Casino is a very promising casino that could have just what you’re looking for. It’s not perfect. Far from it. You won’t find a grand VIP bonus, you won’t be offered massive limits and bonuses, and you won’t find the most dedicated customer support, either. But it’s safe, it’s secure, it’s regulated, and it’s backed by a major brand.

It also has a good variety of games and is available on a number of platforms. If you’re itching to join a new online casino and are keen to collect a decent small stake bonus, we recommend signing up to Playamo Casino.