Up to £99 Bonus for New Players
Welcome Offer:
up to £99 Bonus
100% Matched Deposit
First deposit only. T&Cs apply.

YakoCasino has been around for over half a decade at this point, but it has spent a lot of that time in the shadow of bigger and more established online casinos.

YakoCasino has been around for over half a decade

YakoCasino doesn’t have the most games. It’s not quite on par with MELbet in that sense. It also lacks some of my personal favourite developers. But these minor issues aside, YakoCasino has a lot to offer, including licenses from the Malta Gaming Authority, Swedish Gambling Authority, and the UK Gambling Commission.

I spent a couple of hours on this L&L Europe Ltd casino and got to know its games, bonuses, payment options, and more. Take a look at this YakoCasino review to see what I uncovered and discover whether or not this site is worth playing.

YakoCasino seems to have been around since 2015. At least, that’s what I heard. The Whois and archive data certainly backs that up. The only thing that surprises me is that I didn’t hear about the site until 2021. That doesn’t happen very often as older casinos are usually on my list for a long time before I eventually review them, but it could be that YakoCasino just hasn’t accepted cryptocurrencies for very long.

With that said, I was very surprised to discover that YakoCasino has a stylish design and some decent copywriting, which is an area in which many online casinos struggle.

The name “Yako” apparently comes from the Swahili word for “your”, which means it translates as “Your Casino”. It certainly makes for a nice change when you consider casinos that seem to be named after steamed buns as well as sites that don’t have any kind of logic behind their names.

The site itself adopts a purple and white aesthetic and there are occasional appearances from a crown-wearing stick man who runs around in circles. I’m assuming he’s the mascot and, quite honestly, I don’t mind. He’s fun, and it keeps things interesting during the short-loved loading screens.

Microgaming is one of the main providers on YakoCasino, followed by NetEnt, IGT, and SG Gaming. You won’t find thousands of slots here but there is a good selection, nonetheless. YakoCasino’s Live Casino games are provided by Evolution Gaming, the creator of titles like Crazy Time and a variety of Live Roulette, Blackjack, and Baccarat titles.

All of these games can be played on mobile, including the Live Casino ones. They offer a wide selection of stake levels and there is a little something for everyone. The selection could be a little bigger and I would have liked to see some Betsoft games, but at least Blueprint Gaming is included in the mix and that is always a welcome sight.

If you like Slingo games, you will find a decent variety of those on offer, and there are also some jackpot titles to spin, although not as much as you will find elsewhere.

When you begin your adventure at YakoCasino, you can collect a Welcome Bonus of up to £99/€99/$99. It’s released in the form of a 100% Matched Deposit Bonus, and it’s also offered to players in India (9999 INR) and other countries.

It’s a decent offer and the fact that it is a 100% Welcome Bonus helps a lot. However, it’s nowhere near as big as some of the bonuses you will find elsewhere, including online casinos like Bitstarz.

To be fair to YakoCasino, that’s not unusual. Sites that are licensed in the United Kingdom and Sweden usually have much smaller bonuses than sites that are only regulated through the authorities of Curacao.

Compare sites like Paddy Power with 1xBit and you will see what we mean. The former is much bigger, but it’s capped at a couple of hundred quid while the latter offers Bitcoins that total tens of thousands of pounds.

£99 is still not ideal, but if you’re in the UK and can’t gain access to those generous Curacao websites, none of that really matters.

Once you have collected the YakoCasino Welcome Bonus, you will need to clear a 40x wagering requirement before you can withdraw the money as cash. For example, if you deposit £10 and get a total of £20 to play with, you need to wager £400 before the credits are unlocked (applies only to the bonus amount).

YakoCasino has other bonuses as well, and these are offered to all players, not just new ones. As long as you are active on the site, which means that you keep depositing and playing, you will be able to collect bonus credits, Free Spins, and more. Once you sign up and clear your Welcome Bonus, make sure you keep a close eye on the YakoCasino Promotions page to ensure that you don’t overlook any offers and get every penny that you are entitled to.

You can also subscribe to receive promotional emails and text messages but I wouldn’t recommended. I have joined hundreds of casinos to complete these reviews and even though I always answer “no” when offered promotional messages, I am still bombarded.

I have changed my phone number twice because they never listen to unsubscribe requests and I have a junk email address that gets hundreds of casino spam messages a week. I’m not saying that YakoCasino is at fault for any of that, but it’s best not to volunteer for promotional messages on an online casino. 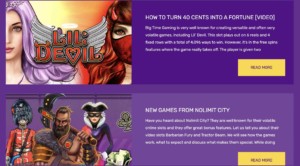 Most withdrawals are processed very quickly on YakoCasino and it should take just a few hours before your cash is released, after which it could be anywhere from a few minutes to several days before it hits your account (depending on whether you’re using web wallets, cryptos, or debit).

You can also take your pick from numerous different payment options, most of which will depend on your location. Players in the United Kingdom can use PayPal to deposit and withdrawal while Skrill and Neteller are available for everyone else.

It also accepts Bitcoin, although it seems to be the only cryptocurrency that is available right now and if you’re in the UK, you will likely face some restrictions. It’s to be expected though, as the UK Gambling Commission hasn’t fully embraced cryptocurrencies just yet.

One of the biggest issues I have with the payment options on YakoCasino is the withdrawal limit, which is capped at €5,000 a day. It’s a lot of money when you compare it to many of the Curacao casinos that I have covered, some of which have similar limits for the entire month. But it’s still not ideal for high rollers.

For a site that has been around since 2015, there are surprisingly few reviews out there for YakoCasino. The ones that do exist, don’t pain much of a picture of this casino and its benefits.

Many of the good reviews praise the site’s games and bonuses, as well as its customer support. Others complain about the lack of Live Chat, which seems to have been a temporary issue, as it was available when I checked. One of the reviews also complains about an empty FAQ page and a non-existent contact email, suggesting that these things mean the casino is a scam.

In actual fact, there was an email address active at the time of writing and the FAQ page was also full, so I can only assume this was also a short-term problem.

YakoCasino is not a scam, contrary to what some users seem to suggest. It might not be right for everyone, but that definitely doesn’t mean it’s not legitimate.

It’s also worth noting that YakoCasino takes the time to respond to negative casino reviews and complaints, showing that it cares about its customers.

As noted in my review of Syndicate Online Casino, it’s something that is often lacking on casinos these days and something that can make a massive difference. If you’re angry, can’t get through to the customer support team, or just want to show your appreciation, it’s good to know that the casino is listening and will actually respond.

It seems like I have answered this question hundreds of times and the vast majority of those times the answer is in the negative. If a casino doesn’t have a license from the UK Gambling Authority, as is the case with many new gambling destinations, it can’t offer its services to UK players. Thankfully, that is not the case with YakoCasino as it has that elusive license.

Can I Play in Sweden?

Sweden has many of the same issues as the United Kingdom when it comes to online casinos. It has very strict laws and unless casinos abide by them and work with the local authority, it can’t offer its services there. YakoCasino is one of the few fringe casinos that has taken that leap and it currently offers its services to players throughout Sweden.

As you would expect from an established online casino, YakoCasino is very safe and secure. It works with several of the world’s biggest regulators, uses an advanced SSL certificate, and works closely with developers that regularly audit their games. There are a lot of boxes to tick when it comes to security on modern online casinos, but YakoCasino ticks all of them.

Can I Play YakoCasino in the United States?

As noted above, YakoCasino has coverage that extends to many major countries around the world. However, that doesn’t include the United States, where there are no national regulators. There are some state authorities that allow certain casinos to operate there, but none of those extend to global casinos like YakoCasino.

Is it Available on Mobile?

Yes, you can play all of the games at YakoCasino on mobile, and this is true whether you have an iPhone or an Android tablet. You can play directly through your mobile browser and there is no need to download anything. For similar sites that you can play on mobile, check out Yakocasino's sister site, Hyper Casino.

YakoCasino surprised me. I was expecting my experience with this site to be very short-lived as I didn’t think that it would be up to scratch. If a casino isn’t good enough, it gets rejected outright and doesn’t make it onto our list. I honestly thought that YakoCasino would be one of those casinos, but the more I learned, the more I liked.

It’s not perfect, though. In fact, there are a couple of major contradicting features here that bug me. As noted already, many UK-licensed online casinos rarely offer anything higher than £200 when it comes to the Welcome Bonus. Personally, I’m not depositing more than that anyway, so I don’t mind, and I know that many other players will be in the same position as me.

For those who will deposit more, this low Welcome Bonus is usually offset by the fact that they don’t have the low withdrawal limits that you will find elsewhere, including Roobet sportsbook and casino.

In a sense, YakoCasino has the worst of both worlds—a low withdrawal limit and a low Welcome Bonus.

Still, none of that really matters if you are a small stake player who typically deposits less than £100 at a time. If that’s the case, you’ll get a kick out of the solid design, the mobile compatibility, and the selection of reload offers. You will also be happy with the varied choice of payment methods, including traditional options like PayPal and cryptocurrencies like Bitcoin.

All things considered, YakoCasino has a lot to offer small stake players in major gambling regions all over the world. But if you’re a high roller, there’s not much for you here and you will be better off elsewhere.