Savarona Casino is an online casino that was brought to my attention in the spring of 2021, seemingly just a couple of months (if that) after it was released. The name seems to refer to a yacht that was the largest in the world back in the 1930s and is currently used as a Turkish presidential yacht.

I’m not sure how that is relevant for a casino that is licensed in Curacao and owned by a company with a registered address in the UK, but we’re talking about an industry where new sites are launched every hour and where creators have gotten so desperate that they’re naming them after furniture (see Betsofa), so I’m willing to give them a pass.

In this Savarona Casino review, I’ll see if this site is worth your time or if it should be left well along. 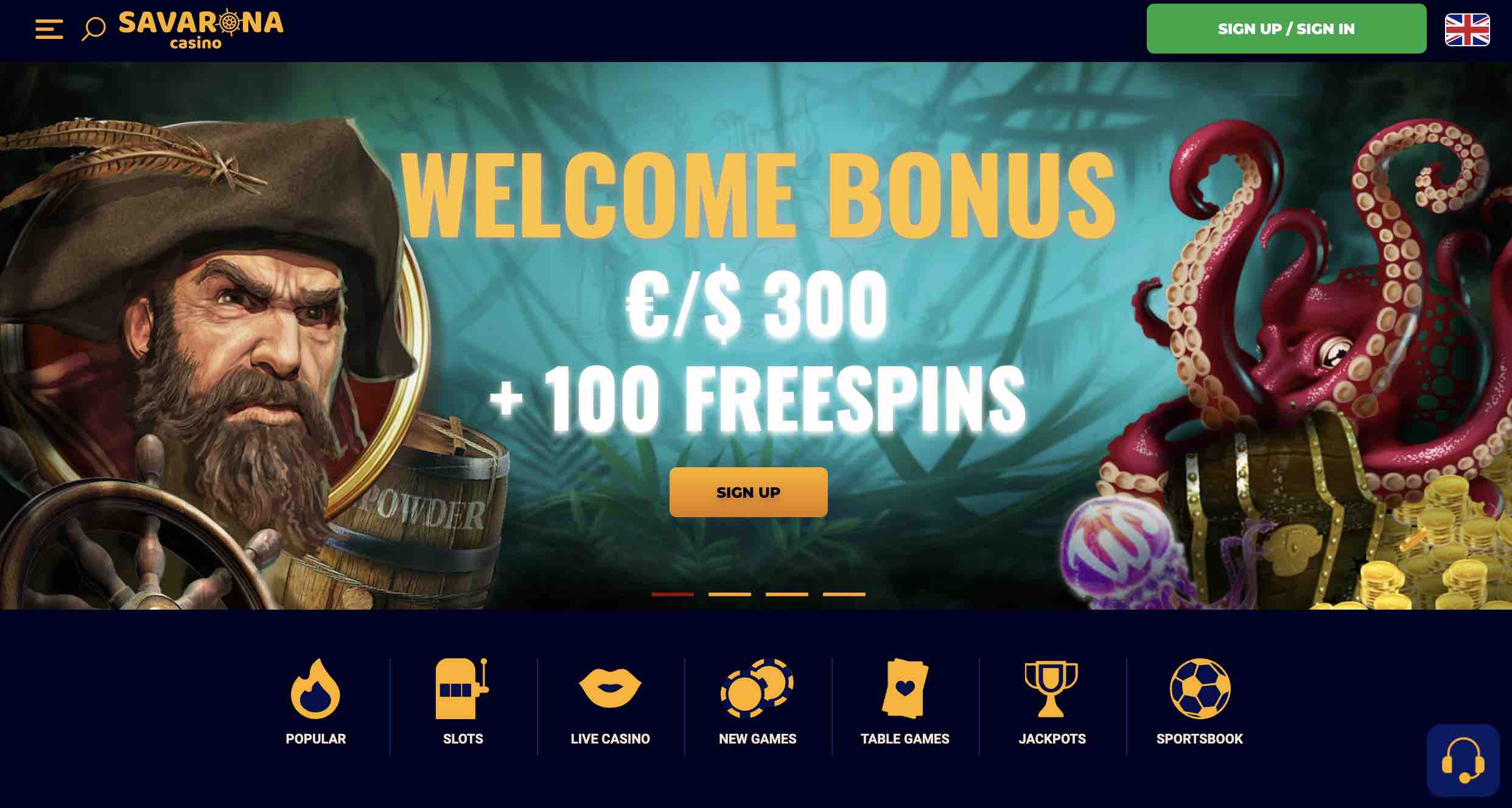 The Bitcoin casino industry, not unlike the online casino sector in general, is governed by just a handful of major developers. There are hundreds of sites out there and more are being launched all of the time, but if you scroll to the bottom of the sites and look for the owner details, you’ll see the same few names appearing time and time again.

I have a positive opinion of many of these creators, including DAMA and Direx, but I have also had a few problems with some of them, such as Araxio, a brilliant operator that lets itself down with low withdrawal limits.

The creator behind Savarona Casino is a brand known as SG International casinos, one that I have been critical of in the past. I had some decent things to say about Casoo Casino, but many of the other sites have been average at best and have not troubled the top of our Bitcoin casino rankings.

When Savarona Casino came onto the Coinbuzz radar, it was added to our list and passed to me for inspection, but because of my history with SG sites, I didn’t exactly rush to review it. Over the course of a few short weeks, I watched as the site rose to the top of a few 2021 casino rankings and noted that it quickly became the highest-ranking SG casino on many aggregate sites.

That got my attention, and as I started to pay a little more attention to it, I received a few requests from interested players asking if I could look into it.

What I found wasn’t exactly mind-blowing, but it was certainly very promising.

The Savarona Casino website and games room was developed by SoftGamings, a white-label iGaming solution that has been used to create a lot of Bitcoin online casinos. It basically offers sites a turnkey solution—they choose the design and style, SoftGamings does the rest.

That might sound like a lazy approach, but it’s how 99% of the gambling industry works and it’s why all online casinos start to look alike after a while.

It adopts a black and orange aesthetic that reminds me of the 888 Sportsbook, but the orange is a little more muted. There are also splashes of blue and while it sounds very messy, it actually works really well and looks great.

Savarona Casino has packed its games room with some of the biggest developers in the industry and that’s always nice to see. The creators here include Betsoft, Microgaming, NetEnt, Big Time Gaming, Red Rake Gaming, Yggdrasil Gaming, Wazdan, Quickspin, Playson, and Red Tiger Gaming. And that’s really just scratching the surface and is not even a quarter of the total developers listed.

Take a look at the info panel below this Savarona Casino review for a full list.

You can sort the games by Popular, Slots, Live Casino, New Games, Table Games, and Jackpots. There is also an option for sort by Providers, which is always a welcome (and often overlooked) addition.

Depending on your location, you may not see all of the developers or be able to play all of the games, but when there’s so much to choose from, you’re still guaranteed to have a varied selection.

The “New Games” section is testament to just how many games are available here. I found dozens of titles that were released within the last 6 weeks. Of course, the casino itself is also very new at the time of this review, but the list includes games that are new to the industry and not to the casino.

If it can maintain that pace and release all of those new games every couple of months, it is unlikely that you will ever be bored here and I will even go as far as to suggest that its games room could rival the massive Wild Tornado.

However, I am doubtful that the site will maintain that release schedule and think that things will slow down to just a handful of new games every month.

The Savarona Casino Live Casino is stocked with titles from a few different providers to keep things interesting. I am not a huge Live Casino fan but I am also incredibly picky and when I do sit down to play these games, I like to have a lot of variety.

I’ve played at hundreds of sites over the last few years and I find that I get bored very easily with the same-old Playtech, Pragmatic Play, or even Evolution Gaming selection, so it’s always good to see other developers being added to the mix.

It is a little on the small side, though, and that’s a shame. As things stand right now, it has some basic games of Roulette, Blackjack, and Sic Bo, as well as popular Indian card games like Andar Bahar, but it could do with a few gameshow titles in there. Maybe a Deal or No Deal, a Monopoly, or even one of the Evolution Gaming-style interactive football games.

I should also mention the Savarona Casino sportsbook, although I definitely won’t spend a lot of time doing so. I had been researching and reviewing this site for over an hour before I even realized it had a sportsbook and when I eventually found it, I wasn’t very impressed.

It looks lack a last-minute inclusion and doesn’t even fit with the aesthetic. In terms of quality and market variety, I would say it’s on a similar level (albeit to a lesser degree) as Roobet, but it needs a lot of work.

It’s good to have the option there if you like placing sports bets, but I definitely wouldn’t join this site just to access the sportsbook.

The Savarona Casino Welcome Bonus is advertised as a 100% plus 100 Free Spins. If you do some digging, you’ll discover that the 100% matched bonus is capped at €300 or USD300. It jumps to CAD500 and AUD500 for Aussie and Canadian players, though, so make sure you use your local currency if you are joining from one of these regions.

The Free Spins are currently fixed for the Betsoft game Fruit Zen (that may change in the future) and there is a wagering requirement of 40x that must be met within 7 days.

There are some minor reload bonuses as well, and while there is a VIP Program, it’s not overly generous and is a little lacking when compared to King Billy, a long-time favourite of mine.

Savarona Casino accepts payment using a multitude of payment options. These range from Visa and Mastercard to Trustly, Bitcoin, Litecoin, and POLi. Most of these options (including the cryptocurrencies) are offered for both deposits and withdrawals and payments are processed with 24 hours.

You can choose from a number of different currencies, including EUR, CAD, AUD, and USD, with a full list shown below this review. 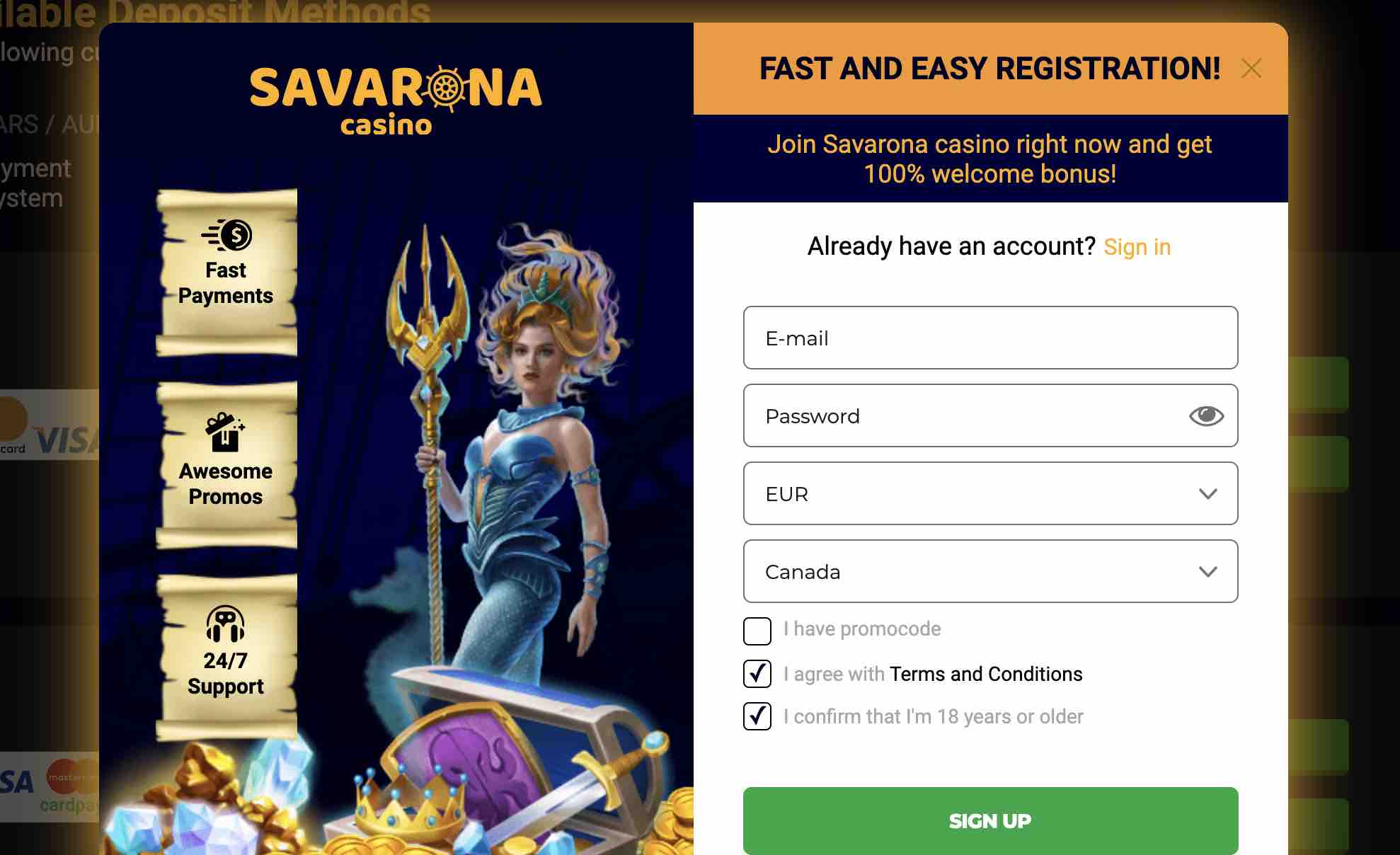 Savarona Casino lets itself down a little with its withdrawal limit, but at €10,000 a week and €30,000 a month, it should be enough to satisfy most players. It’s definitely not as bad as Cadoola Casino and other sites that limit players to €500 a day and €10,000 a month. Personally, I’m getting nowhere near either of those amounts, but a high roller could clear them with ease.

Savarona Casino received very good reviews as soon as it was launched. As always, players were keen to try the new casino out and they reported pleasant experiences on the whole. There were a few issues, but these were nothing out of the ordinary and nothing to worry about.

What’s great to see is that Savarona Casino responds to a lot of the reviews and complaints that are left on third-party websites. It’s something that I think all casinos need to do as it shows that they care about their customers and it lets those customers know that a specialized team will heed their words when the general support team doesn’t. But despite that, it’s something that many sites ignore.

Some of the positive reviews commented on the speedy verification process, which takes less than 24 hours, and the fast withdrawals, which are processed just as quickly. Of course, in 2021, I would expect these things to move quickly, and yet they rarely do. There are still sites out there that process payments after a 3 day wait and promise to verify your account within 1 to 2 weeks. That’s just not acceptable, and it’s important to praise sites like Savarona Casino that actually get it right.

It’s also worth noting that the site has Live Chat available 24/7.

I found the Live Chat team to be very helpful and they also responded quickly. As soon as you open the Live Chat feature, it will show you a list of popular questions so that you can get quick answers if you need them. One of these questions is “I want to complain or leave a review, how do I do it?”, which is further proof that they are happy to connect with their players.

Is It Available on Mobile?

Savarona Casino is 100% mobile-compatible and you can download and install the mobile app directly from the casino’s website. You can also play through your mobile browser.

Where is It Regulated?

Savarona Casino holds a gaming license from the authorities of Curacao, a popular choice among Bitcoin casinos.

Can I Use Cryptocurrencies?

There are several crypto options available at Savarona Casino, including Litecoin and Bitcoin.

Is It Available to Players in the UK?

At the time of writing, Savarona Casino’s license does not permit it to offer gambling services to players in the United Kingdom.

When Was It Launched?

Savarona Casino hit the market in the beginning of 2021.

Does it Have Live Chat?

Live Chat is available and it seems to be offered around-the-clock. It is the best way to get in touch with the casino’s support team.

Savarona Casino is not perfect, but it gets pretty close and that’s impressive for a brand-new site. My only concern here is that it will lose touch and, as a result, will lost a grip on what makes it unique.

I have seen it happen before. A site launches with a focus on releasing new games every day, new bonuses every week, and responding to all customers reviews and complaints. After a few months, there are no new games, the bonuses are weak, and all reviews are ignored.

I really hope that is not the case with Savarona Casino, but I will reserve judgement. In any case, I will make sure this review is updated to keep you in the loop and let you know if Savarona Casino’s operators drop the ball at any point.